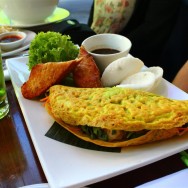 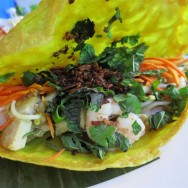 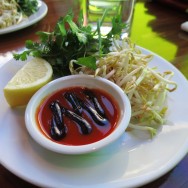 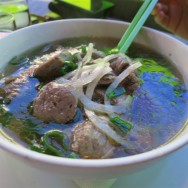 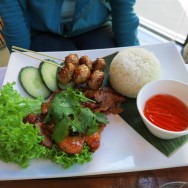 We had heard that there was a substantial Vietnamese population in Wellington so decided it was worth visiting one of the Vietnamese restaurants there to sus it out.

Our first choice was shut for a whole month due to Chinese/Vietnamese new year. They seemed the most authentic in their menu composition and pricing.

Next up was Restaurant 88 which in Vietnamese tradition named its restaurant after the street number that the restaurant sits on. It also ranked quite highly on TripAdvisor however the pricing is between 2-3 times what we’d normally pay so we had doubts.

A lot of the traditional Vietnamese flavours seem to have been watered down and replaced with more Chinese flavours. For example my Bánh Xèo had very little/no fish sauce but the dipping sauce was replaced with a sweet soy sauce with fried shallot and was accompanied by prawn crackers and prawn toast instead of the usual herbs.

The food was nice don’t get me wrong but it was not as lovely as the restaurant’s decor and I felt it certainly didn’t justify the price but we have a feeling that there are very few actual Vietnamese patrons at a restaurant like this nor vouching for its authenticity.